Journey Back in Time with a Trip to Sam Houston Park 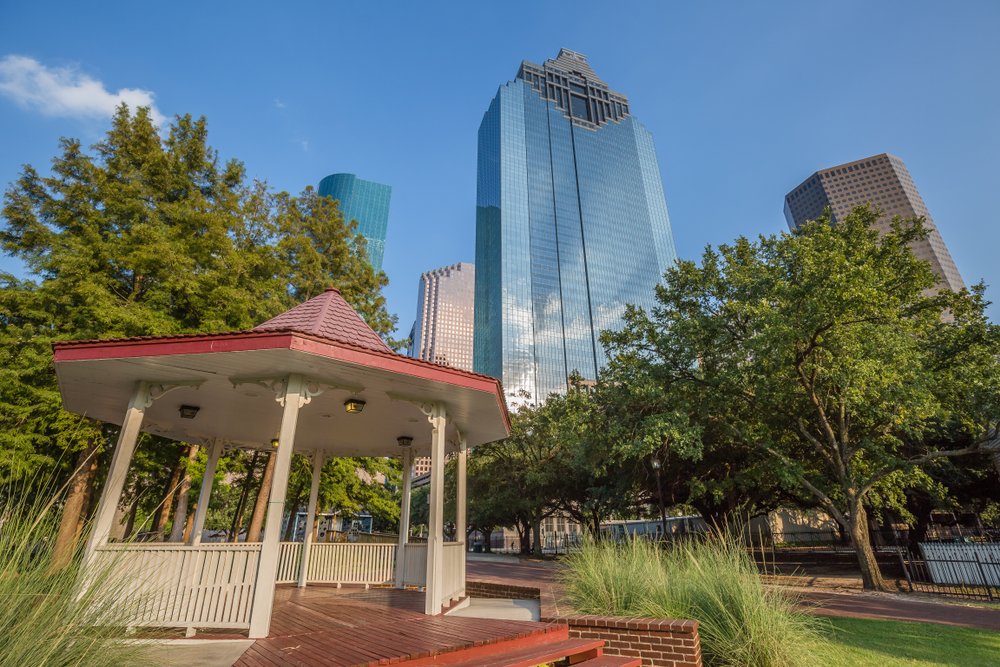 An easy drive from our Houston Heights apartments is a proud oasis of living history.

We're talking about Sam Houston Park, and it shares the stories of those who built Houston and improved  the city through hard work and dedication.

The Heritage Society painstakingly restored the historic structures, including an 1868 cottage and a mansion built with modern conveniences in 1905. The buildings showcase how Houston residents once lived, and feature unique artifacts from a time gone by. Highlights at Sam Houston Park include:

Constructed in 1847, the Kellum-Noble House is Houston's oldest surviving building. It remains on its original foundation, and the bricks were made with mud in Nathaniel Kellum's brickyard. He arrived in the young city in 1839, and later sold the home to the Noble family. The Noble's operated the area's first school out of the house, and for a short time in 1899, the grounds also became the home of Houston's first zoo.

Built as a speculative home, the house was purchased by oil pioneer Henry Staiti in 1905. The modern amenities featured early electric lighting, an icebox, and an intercom system. Henry and his wife hosted large gatherings and often welcomed extended family members for long periods of time. Today, the house showcases the family's lifestyle in the early 20th century.

Originally found at 1803 McKinney, the Pilot House was the home of the Eugene Pilot family. A French immigrant, Eugene came to the Republic of Texas in 1837. He operated a lumber company and built properties throughout Houston. The Pilot House was one of the first in the city to have closets, gas lighting, and an attached kitchen with running water.

Sam Houston Park is just one of the many historic destinations near our Houston luxury apartments. To call our community home, please contact us. We'll gladly show you firsthand all we have to offer.

Look & Lease - Half off admin fee and deposit if leased within 24 hrs of initial tour.

*Prices are subject to change.